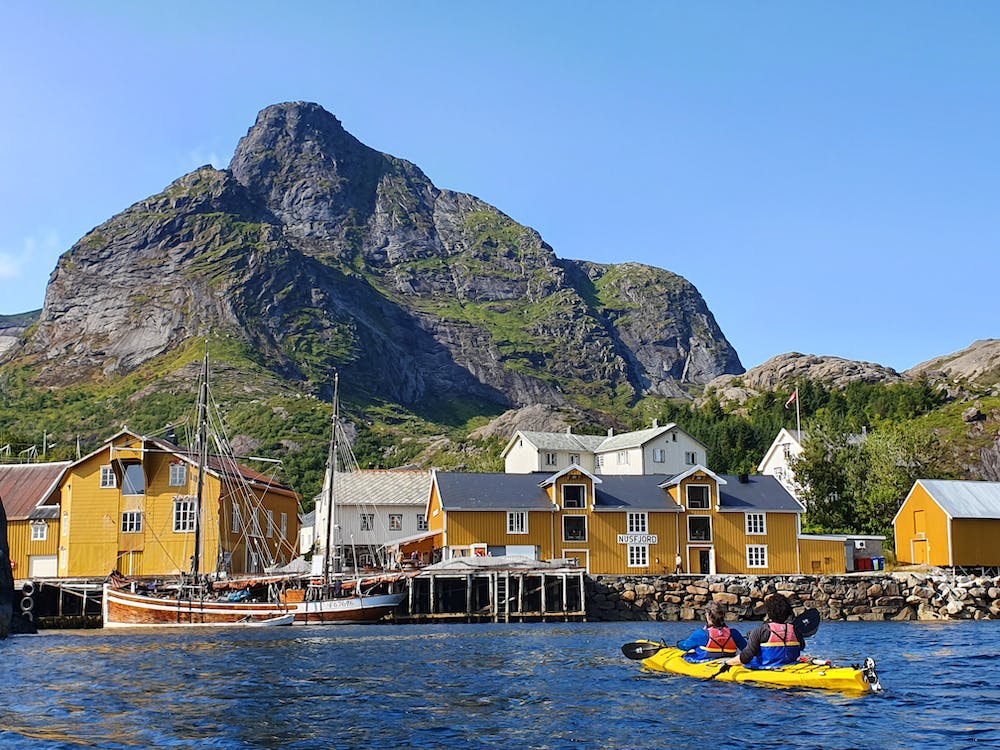 Sea kayak Touring is best suited for private groups and individuals, any company offering individual spaces on a sea kayak trip is misleading you, the consumer. Paddling around a bay with a group of sea kayakers is not sea kayak touring! Unfortunately, there are still several companies that are trying to hold on to the past and are still offering single spaces on trips, but those trips are misleading and are only operated when groups book several spaces; not only that they are poorly run without certified guides and cheap support staff. Buyer beware!

For sea kayak touring to be enjoyable and safe, groups need to be small and homogenous, which means that everyone should hold the same approximate paddling speed, have similar paddling experience, etc. Therefore, small private groups make the most sense when planning a sea kayak trip. At Kayak More Tomorrow, we not only understand this but have pioneered and perfected sea kayak touring trips for small private groups and individuals.

Tour of the Art Nouveau Archipelago

Join us on an easy Norway kayak trip! Glide out onto the Borgund Fjord and take in the spectacular archipelago with a seemingly painted backdrop of the majestic Sunnmøre Alps.

This three-day kayak trip takes us beyond the fjords and out to the famous Ona Lighthouse! Experience white sandy beaches, kelp forests, rock gardens, and amazing views of wildlife.

By clicking or navigating the site, you agree to the FareHarbor Terms of Service and Privacy Policy, and to our partners’ use of data related to your use of our website. Like other websites, we use cookies and similar technologies to collect that data in order to deliver personalized advertising based on your interests. See Our Use of Cookies to learn more about your rights and our partners. Dismiss